Business Building: Can You Roll with the Punches? 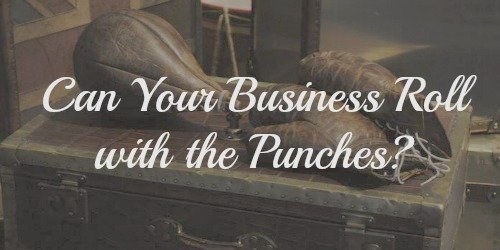 Do you ever feel like Rocky Balboa? You know, you’re in the ring, punching away, doing some fancy footwork, only to get knocked on your rear a time or two before you figure things out and raise your gloves in victory.

That’s kinda how I feel today.

Specifically, I feel like Rocky in Rocky IV where he heads to Siberia, gets back to basics, faces some challenges, does the unconventional, and gets in the best shape of his life.

As a side note – I love the end of that movie…everybody wins!

Sometimes in business (and in life), you’ve got to do that. Not necessarily physically go to Siberia, but figuratively step away from the same old routine, evaluate what’s going on, shake things up and see things with a different lens. 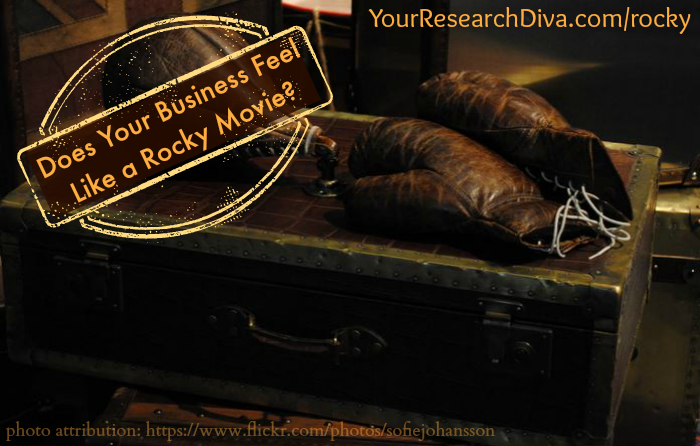 Try Something New to Get Better Results

I think it was Jim Carey who said that if what he was doing scared him…then he knew he was being challenged. And, according to Peter Drucker, some of the most successful people he knows attribute their success to someone in their life – a teacher, a coach, a mentor, a boss – who challenged them.

Just like working out, being thrown off balance allows your body to develop secondary muscles while strengthening core muscles so you end up with a stronger overall package.

So changing your routine is a great way to build your business!

Getting in the Ring with Rocky

I love the Rocky movies, some more than others. But I enjoy watching the journey of Rocky Balboa from an underachiever who’s kind of a knucklehead with a big heart; to a man who achieves what he wants in his personal and professional career once he figures out his “why” and gets focused.

It’s not an easy road…getting knocked around never is. However, when you are passionate about where you want to go, and you’re willing to face the facts and put in the work necessary to get there, you’ll always end up better than where you started.

Let’s take a walk with Rocky…

“His whole life was a million to one shot”

First you have to ask yourself: What do you want to accomplish?

For Rocky – he simply wanted to fight.

However, if you know the series then you remember that in the beginning he just sort of dabbled at it. He was living in a dump, working as a “collection” agent for what I guess is a mob-kinda guy, and had all sorts of excuses for why he wasn’t making it in the big time. He seemed to be happy with little boxing matches that paid a couple hundred dollars here and there.

His coach, Mickey, saw potential…but he also realized that without Rocky participating in his own success then that potential would remain wasted talent.

Ask yourself: What do you want to accomplish?

Next, ask yourself: What needs to happen to get me there?

Some people realize on their own, without any major tragedy or life event, what they want in life, what it takes to get there. With that, they start putting in the time, effort and investment to make their ultimate goal a reality. They seem to have it easy.

However, for most of us it takes some sort of trigger to ignite the drive needed to build something from nothing. In fact, I would venture to say if you’re not getting the kind of results you think you should be getting then one of two things are happening:

1) You are working with an idea or product that has limited desirability.
2) You are “dabbling.”

If #1 applies, then you are currently doing everything required to sell that product or service…no excuses…but you’re not getting the level of success you desire. There are a thousand reasons why something won’t sell. It could be something simple like packaging; it could be you’re targeting the wrong audience for the product; you may be missing an important piece of information or resource; or it could be that it’s just the wrong idea.

Whatever it is, don’t be afraid to fail fast and cut out what’s not working. There are no shortage of opportunities…don’t fall in love with one that’s not right for you.

If #2 applies, then the first step is to be honest with yourself. Admit that you’re addicted to “learning” and “trying” and you’ve got a problem. You’re a dabbler!

Now, I say that with love…so don’t be discouraged.

There is nothing wrong with active learning. That means studying your subject thoroughly and then taking action on what you’re learning.

To avoid “trying” as opposed to “doing” then you must track and test what you’re doing.

In Rocky I, his turning point happened when there was a combination of Mickey telling it to him straight (“you’re a bum”); Rocky acknowledging he hated the way he was living; and the sliver of an opportunity to fight Apollo Creed.

At that moment he had to look himself in the mirror and decide if he was doing everything he was capable of, or if he was just getting by.

He also had to commit to pushing past his self-imposed limitations and fears, set a goal, and do the work.

His goal for the first fight: Go the distance.

He was realistic, believing he couldn’t beat the champion; however, he did believe he could go all 12 rounds with the champ. Just stay on his feet. That meant he had to train, try some new things (like chasing chickens), get up early, stay up late, and focus on one thing and one thing only…boxing.

And Adrian…but she was part of his success story (the “Why”).

Rocky Balboa relied on the expertise of his trainer, Mickey. Mickey told him what to do; Rocky did it.

Do I really have to chase chickens? I feel ridiculous!

Not everything you do for your business will feel comfortable. For me, being in front of a camera instead of behind it is an uncomfortable place to be…but I’ll do it when my business calls for it.

For you it may be something else: public speaking, planning out your sales funnel and being sure all the pieces get done (by you or by someone else); managing people; following up with vendors; asking for things.

But when you test and develop your system so you can do more of what works and less of what doesn’t, your level of comfort will increase because you’re getting results. Those results move you closer to your goals.

“Every champion was once a contender that refused to give up” 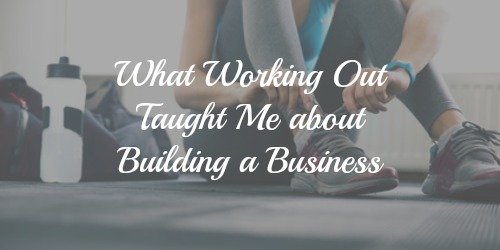 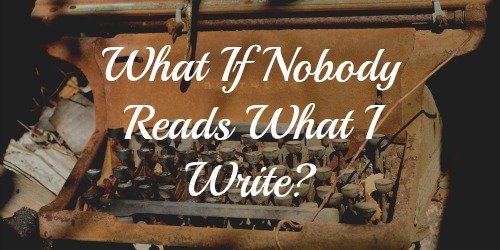 Member-only Content Marketing and Writing Tips Direct to your Inbox! 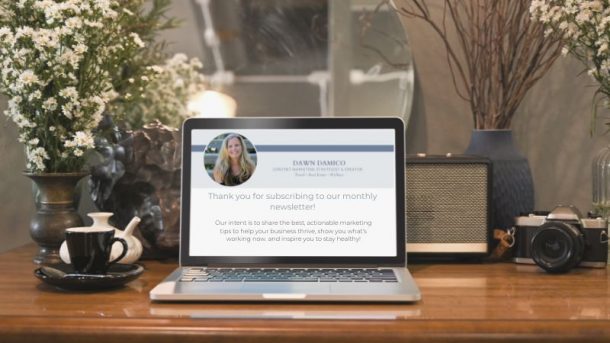 Get actionable marketing tips to help your business thrive...right to your inbox!